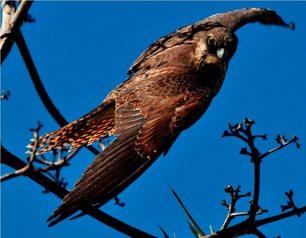 Full details of records accepted during November 2011 can be downloaded here. 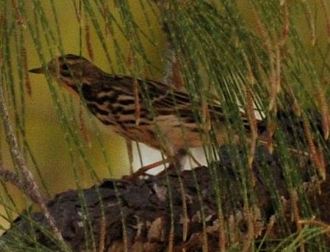 Red-throhated Pipit at Aldabra (Michal Sur)
A first-winter Red-throated Pipit Anthus cervinus at Picard, Aldabra observed by Michal Sur on 12 December 2010 has been accepted as the 19th record for Seychelles. It is also the first record for Aldabra and indeed the first from south or west of the Amirantes.


Full details of records accepted during September 2011 can be downloaded here. 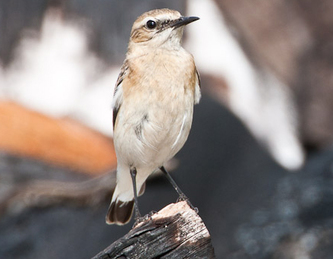 Isabelline Wheatear at Bird Island (Simon Murgatroyd)
Isabelline Wheatear Oenanthe isabellina breeds from south-east Europe eastward to China, wintering south to India, Pakistan, Arabia and Africa. In Seychelles it has been recorded as a visitor from October to January on Bird, Mahe, La Digue and Alphonse. In May 2011, the eighth record for Seychelles was accepted by SBRC, a first-winter male found at the airstrip by Simon and Sue Murgatroyd in December 2010, while on holiday in the country.

Full details of records accepted by SBRC during the month can be viewed or downloaded by clicking the following link:

Seychelles bird records
accepted during May 2011 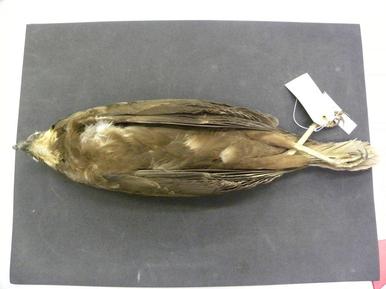 Western Marsh Harrier at Cambridge Museum (Rob Lucking)
Occasionally very old records still come to light. Several bird specimens from Seychelles held at Cambridge Museum were recently noted by SBRC thanks to the publication of collection details on line. Even museum specimens need to be examined and assessed by SBRC to ensure no mistake has been made in identification, locality or other details. Committee member Rob Lucking visited the museum and with the assistance of staff, obtained full details for SBRC. Specimens included a nominate race female Western Marsh Harrier Circus aeruginosus collected at Mahé, Seychelles during January or March 1888 by JJ Lister. This is one of the first vagrant species to be recorded in Seychelles, preceded only by three specimens collected by Lantz in 1877.

In April 2011, SBRC accepted this record as chronologically the first for Seychelles. There have been just two subsequent records in 1978 and 1994.

Full details of records accepted by SBRC during the month can be viewed or downloaded by clicking the following link:
Seychelles bird records  accepted during April 2011 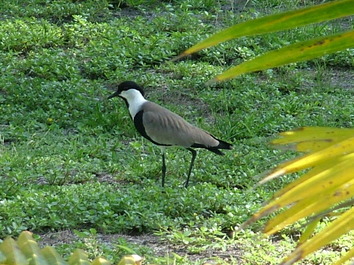 Spur-winged Lapwing at Bird Island (John Phillips)
The highlight of records accepted by SBRC during March 2011 was a Spur-winged Lapwing Vanellus spinosus, found on Bird Island on 17 November 2010 by SBRC committee member John Phillips. He quickly notified Viv Phillips and various Bird Island staff.  John and Viv subsequently learned that Jim and Carolyn Allen had seen and heard calling what was from their description clearly the same bird, on the north point of Bird Island earlier in the morning of 17th. The bird remained throughout the stay of John and Viv, who left the island on 27 November, but did not see the it that day.

Spur-winged Lapwing appears on the face of things an unlikely migrant to be seen in Seychelles. It is resident mainly resident in tropical Africa north of the Equator, but also breeds in parts of the Middle East and  as far north as Greece and Turkey. It is migratory north of 35̊ N.

Full details of records accepted by SBRC during the month can be viewed or downloaded by clicking the following link: 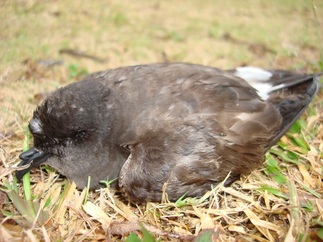 Black-bellied Storm Petrel at Alphonse. Photo: Aurélien Nahaboo
Remarkably, records accepted by SBRC in February 2011 include not one but two species of petrel previously unrecorded in Seychelles. These were a Herald Petrel Pterodroma heraldica first found by David Andrews at Cousin in June 2009 and a Black-bellied Storm Petrel Fregetta tropica found exhausted by an IDC worker at Alphonse in June 2010 and passed on to Island Conservation Society's Conservation Officer, Aurélien Nahaboo.

Full details of records accepted by SBRC during the month can be
viewed or downloaded by clicking the following link: