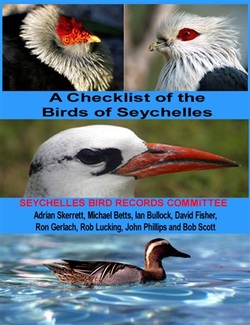 Authored by members of Seychelles Bird Records Committee, this book describes the status of every species recorded in Seychelles, including breeding residents, migrants, vagrants and extinctions. For vagrants, the main focus of SBRC, the number and location of all accepted records is given as well as the time of year.

The Checklist of the Birds of Seychelles is available for sale in Seychelles at Antigone Bookshop in Victoria and at Seychelles International Airport. It is also available as a hard copy or download at the following link: 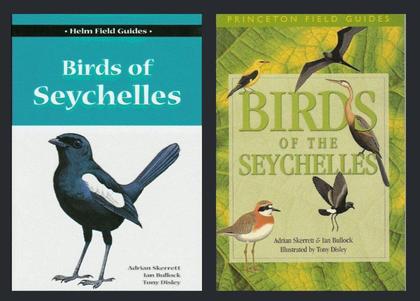 The first comprehensive guide to the birds of Seychelles including all species accepted by SBRC up to December 2000. The text is aimed at the serious  observer, rather than the casual one interested only in common and obvious  species, but it is at the same time of a non-technical style accessible to all birdwatchers. For breeding birds, the text goes beyond that which would be expected from a field guide with sections on breeding biology, origins and threats and conservation.

On sale in Seychelles at Antigone Trading in Victoria & at Seychelles international airport. Available from good bookshops elsewhere including Amazon, NHBS and others.

Updated for all new species accepted by SBRC up to January 2011, with a brand new text written in field guide format (text opposite plate) and almost 100 new illustrations. On sale in Seychelles, at Amazon, NHBS and elsewhere. 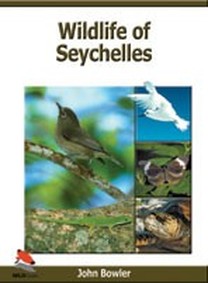 A comprehensive guide to the wildlife of the islands including not only birds but also mammals, reptiles, amphibians and invertebrates. On sale in Seychelles at Antigone Trading in Victoria & at Seychelles international airport. Also available from good bookshops elsewhere including Amazon, NHBS and others or direct from publishers WildGuides at this site:

Edited by Roger Safford and Frank Hawkins, the major contributors of information for Seychelles are Adrian Skerrett (vagrants, terns and introductory information) and Gerard Rocamora (major contributor for endemics). The eighth and final volume in the Birds of Africa series. It covers the Malagasy region including Seychelles. Not only resident species, but every species accepted by SBRC is covered, albeit in less detail for vagrants.

This is an absolutely monumental work packed full of detail. It should be on the bookshelf of anyone with an interest in the birds of the region.
Birds of Madagascar and the Indian Ocean Islands
Frank Hawkins, Roger Safford and Adrian Skerrett 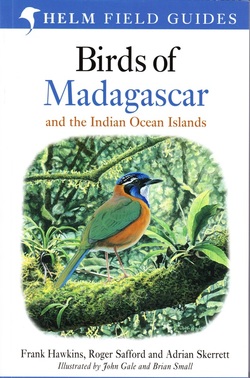 This field guide in the Helm Field Guides series covers the whole of the Malagasy region,  including Seychelles.. Every resident and migrant species is covered in full detail with a colour distribution map for each species. Vagrants are also treated in detail. All species are illustrated on a beautiful series of 124 colour plates. Conveniently, the plates have been arranged so that all the key species of the various archipelagos are placed together in sections. This is a major work of reference on the birds of the region and will remain the standard text for many years to come. 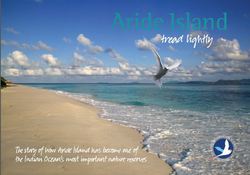