Identification of difficult species is one of the pleasures and frustrations of birdwatching. The majority of records submitted to SBRC are not accepted due to a failure to rule out possible confusion species. These are some of the most tricky Seychelles species to separate. Figures given for the numbers of records accepted by SBRC are correct as at May 2012. 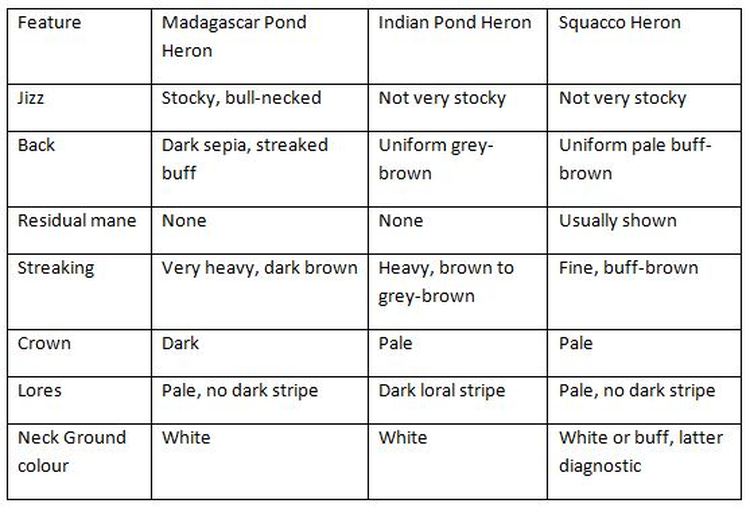 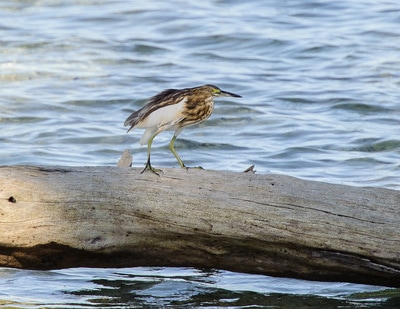 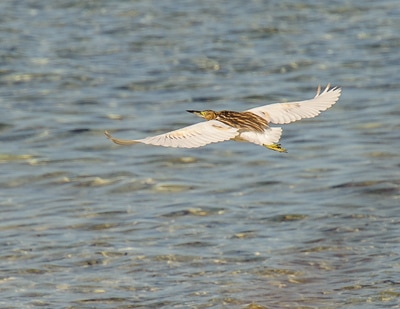 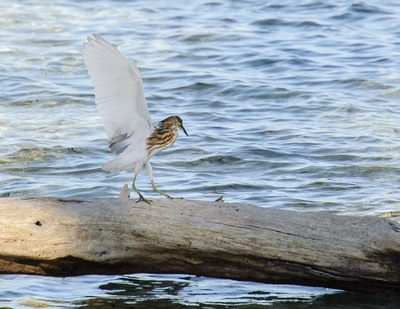 Note in the left photo the very heavy dark brown streaking and dark eyestripe of Madagascar Pond Heron unlike the other two Ardeola species recorded in Seychelles. In the photo in the centre, the white wings are typical of all three species but only Madagascar Pond Heron shows a dark brown streaked back, the other two species being unstreaked and different in colour tone. 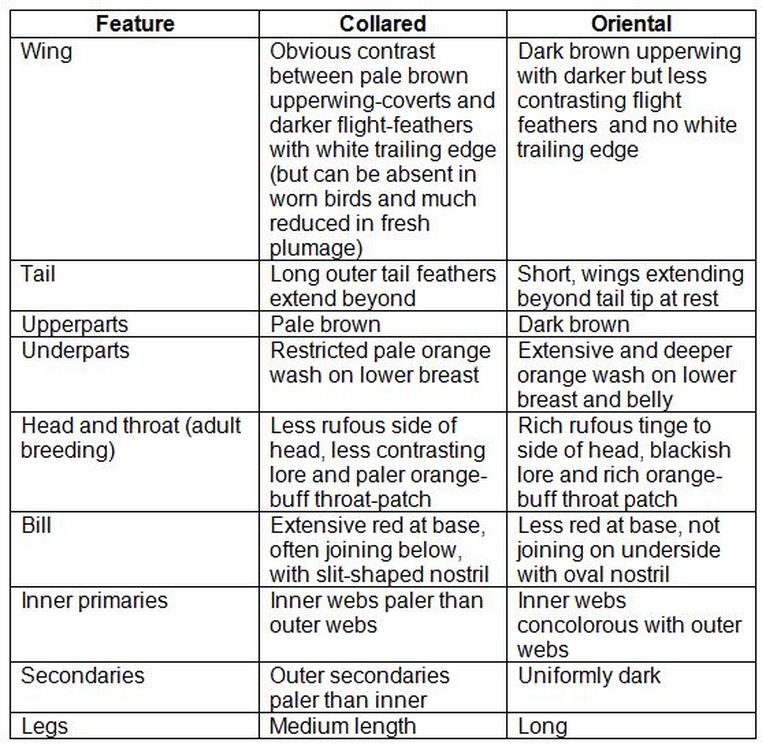 SBRC has accepted 41 records of Common Cuckoo Cuculus canorus and 16 records of Lesser Cuckoo C. poliocephalus. A further 30 records have been accepted as "Cuculus sp." as supporting details have not been sufficient to confirm identity as either species or indeed other posible vagrants, notaby Madagascar Cuckoo C. rochii. Indeed, two records have been accepted as either Madagascar or Lesser Cuckoo. Lesser appears quite
small and short–tailed with a relatively large, rounded head and a slightly  decurved, spiky bill. Common
is bigger, longer-tailed and more bulky with a relatively small  head. A summary of the main features to separate the two is as follows: 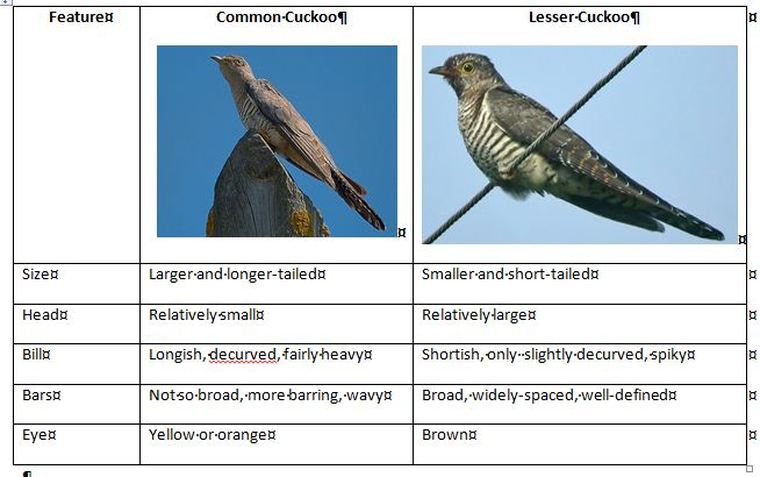