The following table is a summary of Seychelles records circulated to SBRC members  and the verdicts of the committee since foundation in 1992 up to 1st October 2012: 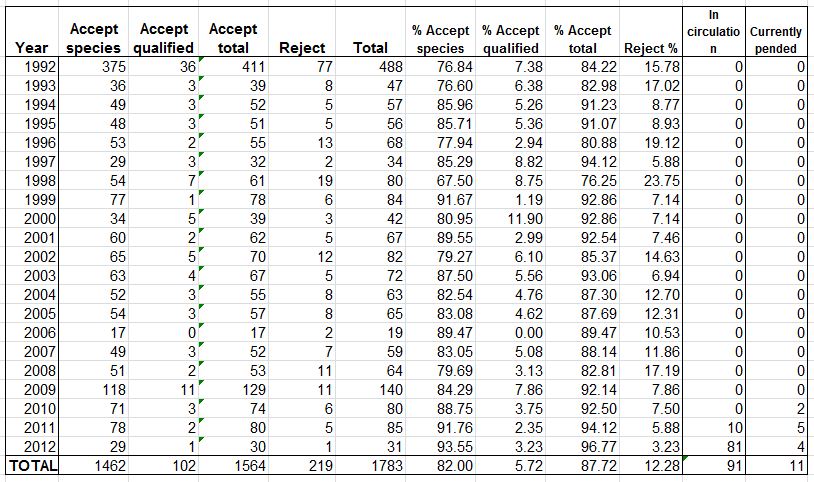 Note: 87 records (4.88%) included above as "Accept" were actually not accepted as the species originally circulated but accepted as something else of note.

The following tables summarise the "league tables" for the main islands in order of the number of species recorded and the number of records accepted by SBRC, as at 1st October 2012: